Chris Callanan obtained a defense verdict on behalf of OSI Restaurant Partners, LLC, and Outback Steakhouse of Florida, LLC, after a two-day jury trial in the Plymouth Superior Court in Brockton, MA.  The plaintiff, an Outback Steakhouse dishwasher, claimed that malfunctioning kitchen equipment caused him to be thrown to the ground, leaving him permanently disabled due to Complex Regional Pain Syndrome.  Outback claimed that plaintiff's claims were barred by the Massachusetts workers compensation statute.  The Court denied both parties' motions for summary judgment on the issue of workers compensation immunity.

Unable to resolve the case after four years of discovery and unsuccessful dispositive motion practice, Outback hired Callanan Law to try the case to verdict. Six months later, the Court bifurcated the trial, beginning with a trial on Outback's affirmative defense of workers compensation immunity.

After two days of evidence and three hours of deliberation, the jury agreed that the defendants were engaged in a “joint enterprise” under the Massachusetts workers compensation statute (Mass. Gen. L. c. 151 §1) and therefore immune to plaintiff's claims. Judgment entered in favor of both defendants. 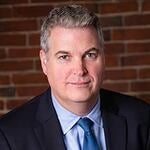