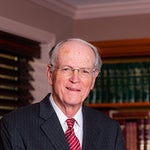 Kevin Callanan has practiced labor and employment law and related litigation since 1968.
He represents large and small employers and individuals in a wide range of workplace disputes, including:

Kevin actively counsels employers and human resource directors in best practices and policies to avoid issues and litigation and to comply with various laws and regulations governing the workplace.  He is available to conduct training sessions for supervisors and managers on how to deal properly with labor and employment issues at work.